Clean PVC pipe fittings will become whitened and lose transparency if they are impregnated by water, exposed to the sun outdoors, or be bent, stretched, etc.

This phenomenon is caused by the existence of auxiliaries that are easy to hydrohydrate in the formula. Due to the soaking of water, plasticizers, stabilizers, etc. precipitate from PVC and hydrate, forming hydrated precipitates on the surface (affecting transparency). Even if the soaked water is gone, plasticizers and stabilizers cannot be restored to their original state. Only by raising the temperature and restoring the compatibility of plasticizer and stabilizer can transparent PVC pipe fittings be restored to its original state.

The test proves that stabilizers, plasticizers, lubricants, impact-resistant modifiers, processing aids, etc. can cause this phenomenon. Formulas containing almost alkaline earth metal salts in stabilizers, especially barium and calcium, are prone to varying degrees of problems. Materials containing only cadmium salts or zinc salts occasionally occur. Organic tin generally does not have this phenomenon of whitening in contact with water.

2. Transparent PVC pipe fittings are exposed to the sun and whitened

Due to the action of water, carbon dioxide, sulphur dioxide and light in the air, clear transparent pvc pipe tube will also be albino when exposed to outdoors. This is related to the compatibility of stabilizers. Adding light stabilizers, phosphite esters, liquid compound stabilizers, etc. can prevent or alleviate the albino caused by exposure of transparent PVC tubes to a certain extent. Similarly, dampness is a condition for PVC exposure and whitening.

Stress albino refers to the albinoization of part of PVC products from the clear pvc pipe supplier, such as bending creases and stretching parts under the action of mechanical external forces, such as bending and stretching. This may be due to the change of molecular structure caused by external forces, the orientation of polymer molecular chains, changes in PVC density, and voids between some molecules, forming light scattering, resulting in white on PVC products.

In the processing of transparent PVC pipe fittings, if excessive lubricant is used, more lubricant precipitates will also lead to whitening of transparent products, which is sometimes called albinism. In this albino phenomenon, there will generally be more obvious waxy substances on the surface. The solution is to reduce the amount of lubricant used, or change to a more compatible lubricant variety, so that the formula slides inside and outside to achieve a balance.

What are the benefits of using clear pvc pipe fittings? 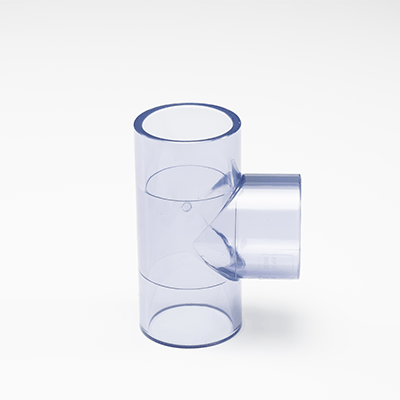 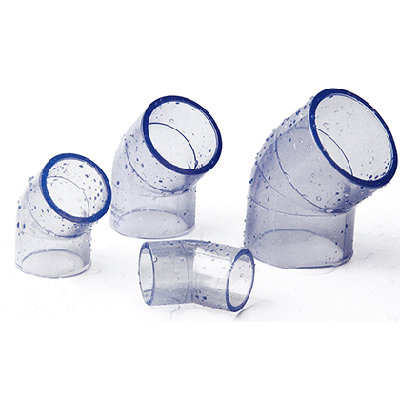 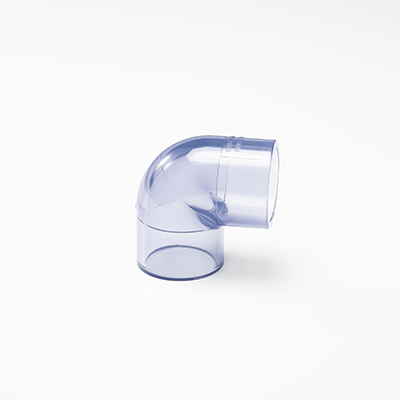